By Alexia Azzopardi on 4th March 2022in Blog 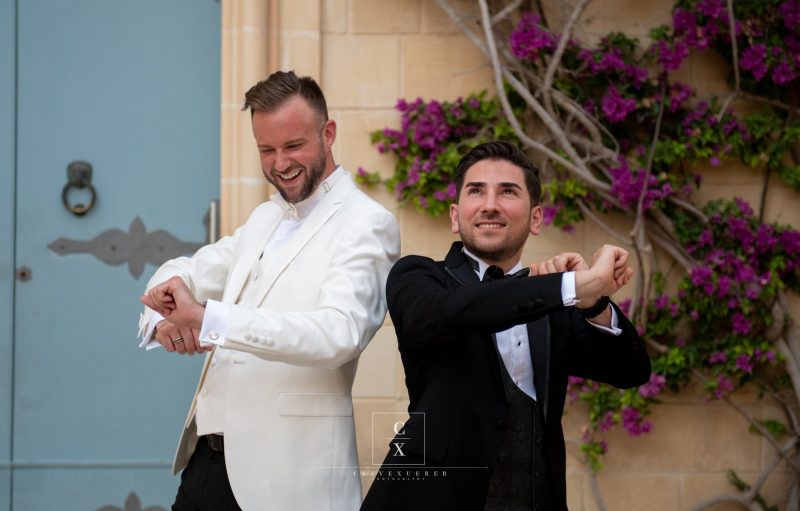 Same-sex weddings are all about freedom and self expression. One of the best things about a same sex wedding is that you have creative control over your day, which can include doing away with stuffy traditions like male/female roles for ceremony times togetherness
One thing many people don’t know when it comes to planning an LGBT+ friendly event such as this one: there isn’t just “one way” in order make everything perfect! You want some suggestions?

Proposing is a big deal, so it’s important that the proposal feels organic. There are lots of different ways you can go about doing this! If your partner has been hinting at wanting to get married or have children with them for some time now and finally popped The Question (or even just came out directly), don’t feel pressured into thinking about what else might be appropriate if they’re not sure themselves – leave room in case anything pops up along the way because surprise proposals work wonders when implemented correctly

When two people are getting married, it doesn’t matter what their gender is. All that matters for there to be a good wedding is having the people closest to you by your side!

It may be time to break out the rule book for your wedding outfit- because it’s not just about what you wear on top, but also how. Some lesbian couples might prefer a white dress and veil while others opt instead with formalwear or even kilts! Gay marriages can involve anything from suits (for formal)to sharp dressed people.

The top table alternates female and male guests traditionally, starting with the maid of honour, then groom’s father, bride’s mother, groom, bride, bride’s father, groom’s mother, and finally the best man. same-sex weddings can be a little different from traditional ones. For example, in some cases it might not hurt to alter or forget the rule book for this one occasion because of how special and important your wedding day will feel when you’re sitting next to each other at “the top table” with family members all around cheering!”