By Alexia Azzopardi on 3rd December 2020in Blog 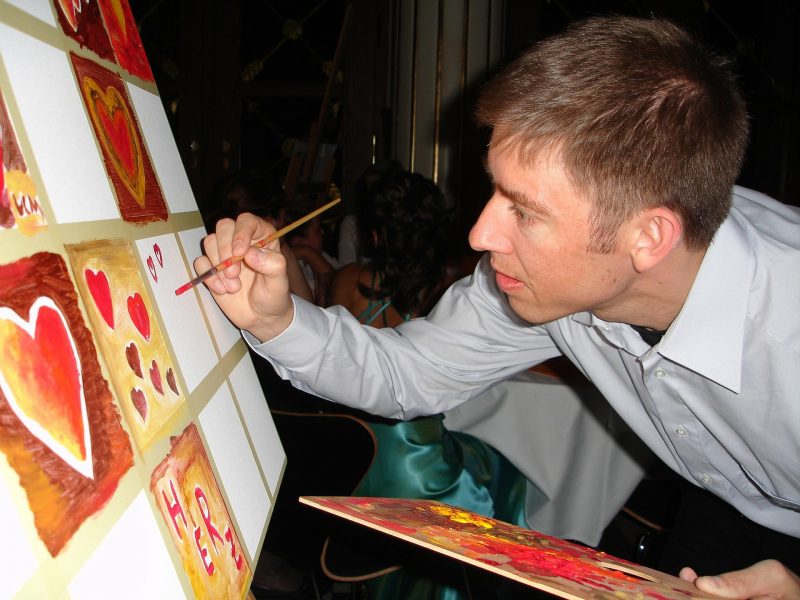 On the 10th February 1840, Chapel Royal in St James’s Palace stood witness to the marriage of Queen Victoria and Prince Albert, proceeded before the Archbishop of Canterbury.  It was an affair of the highest order and unlike most royal unions, it was love match. This moment was immortalised by Sir George Hayter, who captured the moment the couple held hands and looked towards each other as they said their vows at the altar rails.

While having marriage ceremonies painted was a luxury held by nobles and the well-to-do all throughout history since the time of Charlemagne, with this new union it took on a new meaning. It was not only a flamboyant display of wealth and a match arranged made on the basis of power-gain. The Queen had chosen this specific moment to portray a moment of romantic sentimentality in what is historically recorded as a union of two people that had chosen each other.

With the invention and popularisation of the photographic camera, this tradition has waned and disappeared soon after. For many decades technology has swept the responsibility to memorialise weddings under the wing of photographers and videographers.

Times have surely changed a lot and the latest global phenomenon has created a shift in prompting a thorough reconsideration of the norm. The latest trends have freed weddings out of their traditional mould. From out-of-the-box decorations to more variegated entertainment during the reception, unique vendors and services have been propping up catering for a unique activity on this special day for the snazzy couple. Live painters have made a long-overdue comeback, and a successful one at that.

Artists that have specialised in en-plein-air painting during their formal training are especially well adapted to this kind of assignment. They can turn the scene in front of their eyes- of the couple looking into each other’s eyes as they say their vows, or of the first dance as they hold each other tightly- into a picture that shimmers with dabs of vivid colours and loose brushstrokes. The artist will capture a dreamy image of what will stay a memory many years down the line, with interesting faces and people the couple can recognise scattered around the foreground. This is all while the event is underway. Guests often take a break from the dancing to come take a look as the artist builds up the whole scene at different stages while maybe seeing themselves featured on the canvas as well, developing fascinated conversations around the easel with the painter and their friends.

After the painting is finished, a fine art print can be produced and it becomes a perfect gift for parents and in-laws as a reminder of your special day and a grateful gesture for having them in your lives.

All in all it is a unique addition to the list of conventional vendors at your wedding. It adds a small element of sophistication while maintaining a fun and light-hearted vibe in the venue and allows the couple to directly transport something that has been made during their special day back into their home.